Jeff Cohen’s drama is considered one of the most important plays about the Holocaust by the foremost Holocaust historians in the world.  The play directly engages one of the central issues of our time – Who has the right to write history?

Fifty years after the end of World War II a passionate Holocaust survivor and a young journalist find themselves caught between numerous versions of the same story:  Did the Nazis make soap from the corpses of their murdered victims?  The play confronts the dangerous rise of anti-Semitism and exposes the pernicious scourge of Holocaust denial.  Ultimately, The Soap Myth is a call to action:  as the survivors of the Holocaust die off, who will be left to tell their story?

The New York Times:
“A pointed investigation of the politics of history.  A revelation.  Genuinely moving.”

The Jewish Voice:
“The Soap Myth continues to haunt me, it is theatre of witness at its best. The Soap Myth is not to be missed.”

The Villager:
“There are certain movies, plays, books that one wishes would never end. For me, “The Soap Myth” is one of those extraordinary plays.”

Rabbi Josh Franklin, Jewish Center of The Hamptons:
“Thank you again for an evening that we will always remember at the Jewish Center. I was more moved by your play than anything I’ve seen or read in quite some time. I hope it continues to find audiences far and wide.”

Michael Berenbaum, founding Project Director of the United States Holocaust Memorial Museum:
“I urge audiences to see The Soap Myth.  Experience it, interact with it, confront it, wrestle with it, engage it and challenge it.”

Rabbi Arnie Rachlis, University Synagogue (Irvine, CA):
“Thank you from the bottom of our hearts for a most memorable and powerful evening. It was a profound artistic and intellectual experience, ethically challenging, painful at times, and that was its greatness.  It continues to haunts me.”

Mandy Greenfield, artistic director of the Williamstown Theater Festival:
“I can say with utter confidence the audience was reached, moved and transformed by the play.  It felt epic, historic, important and meaningful beyond words – an evening this festival will not soon forget.” “THE SOAP MYTH” stars 2-time Tony Award nominee BOB GUNTON (Evita, Sweeney Todd) in his first New York area stage appearance in 30 years!  BOB GUNTON is one of the most recognizable character actors in the world for his starring role as “Warden Norton” opposite Tim Robbins and Morgan Freeman in the blockbuster prison drama “The Shawshank Redemption” – IMDB’s all-time #1 movie.  GUNTON has hundreds of starring roles on TV, including Chief of Staff Ethan Kanin in “24”, Noah Taylor in “Desperate Housewives, and Captain Benjamin Maxwell opposite Patrick Stewart in “Star Trek – The Next Generation”.   Other feature films include “Glory”, “Dolores Claiborne”, “The Perfect Storm”, “61*”, “I Heart Huckabees”, “The Lincoln Lawyer”, and “Argo”. 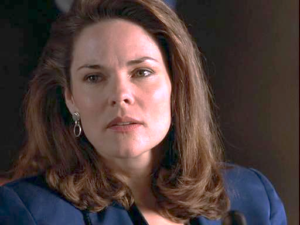 CAROLYN McCORMICK is best known to television viewers as Dr. Elizabeth Olivet on the “Law & Order” franchise (100 episodes).  Her Broadway credits include Neil Simon’s The Dinner Party, Noel Coward’s Private Lives and Equus opposite Richard Griffiths and Daniel Radcliffe. Off Broadway she won a Drama Desk Award and Lortel nomination for Will Eno’s The Open House.

Regional theaters include The Old Globe, ACT, Williamstown, Papermill and Yale Rep.  In addition to her decades-long character on “Law & Order”, Carolyn’s other television credits include series regular on “Cracker” and “Spencer For Hire”, as well as guest starring roles on “Bull”, “Billions”, “Madam Secretary”, “Blue Bloods”, “Judging Amy”, “The Practice” and “Homicide”.  Carolyn is also known by Star Trek fans around the world for her memorable portrayal of the holodeck simulation Minuet and Minuet Riker on “Star Trek: The Next Generation”. 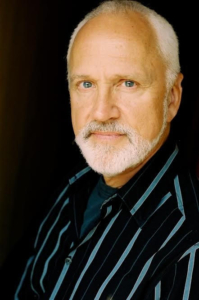 Tony Award winner JOHN RUBINSTEIN is one of stage and screens most acclaimed and recognizable actors.  He made his Broadway debut creating the title role of Pippin opposite Ben Vereen in Bob Fosse’s blockbuster hit musical that ran for almost 2000 performances. (He also starred in the 2013 revival, this time as Pippen’s father Charlemagne).  He starred in Children of a Lesser God at the Mark Taper Forum in LA and on Broadway, winning the Tony, Drama Desk, LA Drama Critics and Dramalogue awards.  The New York Times’ Walter Kerr praised his performance as “…brilliantly exuberant (and) dazzlingly accomplished.” He has appeared in a starring role on Broadway a dozen times and has acted in over 200 TV shows (including an Emmy nomination for the series “Family”) as well as over 50 feature films. John’s father was Arthur Rubinstein, considered by many to be the greatest concert pianist of the Twentieth Century. 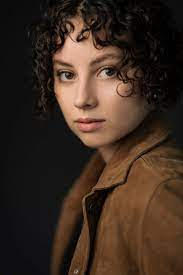 Rounding out the cast of “THE SOAP MYTH” as journalist Annie Blumberg is MADDIE RUBIN. Born and raised on Manhattan’s Upper West Side, Rubin is a recent graduate of Carnegie Mellon University School of Drama.

This production of “The Soap Myth” is made possible in part by the support of The Neuwirth Foundation, The Spungen Foundation, Pat Blake, and Red Spear Productions.

Please Note:  Due to the ongoing and unpredictable situation with COVID and its variants, the producers of The Soap Myth reserve the right to only admit audience members with proof of full vaccination and to require all audience members to wear masks during the performance.  The health of our cast and our audience is paramount and we believe that taking steps to prevent the spread of COVID is worth the minor inconvenience of vaccines and masks.

Legendary actor/director Harris Yulin directs “THE SOAP MYTH”.  He won the 2006 Lucille Lortel Award for directing Horton Foote’s “The Trip To Bountiful”.  His numerous Broadway and Off Broadway acting credits including “Watch on the Rhine”, “The Diary of Anne Frank”, “The Price” and “Hedda Gabler” garnering an Obie Award and 2 Drama Desk Award nominations. Harris’s numerous film and TV credits have made him one of the most prolific and highly praised actors in Hollywood. Roles include Wyatt Earp in “Doc,” opposite Stacy Keach and Faye Dunaway, James Cutter opposite Harrison Ford in “Clear and Present Danger”, Leon Friedman opposite Denzel Washington in “Hurricane”, Detective Doug Roselli, again opposite Denzel Washington, in “Training Day”, and Joe Wilf opposite Richard Gere in “Norman”. TV viewers know Harris from his Emmy Award nominated performance as Joe Belasco on “Frasier”, Deek Peasley in “How The West Was Won,” Roger Stanton in “24”, Aamin Maaritza in “Star Trek – Deep Space Nine”, General Dan Shomron in “Victory at Entebbe” and his series stealing role as Buddy Dieker on “Ozark”.  Film critic Jim Emerson once remarked: “Harris Yulin should be in every movie ever made!” 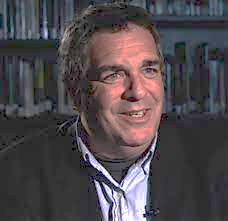 Playwright Jeff Cohen was the recipient of the 2002 Drama Desk Award for The Tribeca Playhouse Stage Door Canteen, a 10-week USO-style show in the aftermath of the 9/11 attacks to “entertain the troops” – the rescue and recovery workers at Ground Zero – with performers that included Sandy Duncan, Kristen Chenoweth, Colin Quinn, Mario Cantone, Phylicia Rashad and dozens more. His play “Men of Clay” was a Time Out New York Critics Pick and selected Best New Play of 2005 by the City Paper. His stage adaptation of the Christopher Stokes short story “The Man Who Ate Michael Rockefeller” was a New York Times and Time Out New York Critics Pick. His adaptation of “The Seagull” set in the Hamptons in the 1990’s featured the stage debut of Laura Linney along with DB Sweeney and Carol Lynley. The New York Times wrote:

“The characters have a ferocious vitality and brilliance that are bold and exciting to watch.  Laura Linney’s portrays Nina with stinging force and clarity.  She is clearly a talent of enormous potential.”

The adaptation was a Boston Globe Critics Pick and selected one of the Ten Best Productions of 1998.  His work as director and producer of such plays as Tristine Skyler’s The Moonlight Room (Ten Best Plays of 2003, The NY Times), Christopher Shinn’s Four and Marlene Meyer’s The Mystery of Attraction have garnered the Obie award, the Outer Critic’s Circle Award, the Lucille Lortel Award, the GLAAD Media Award and the AUDELCO Award.