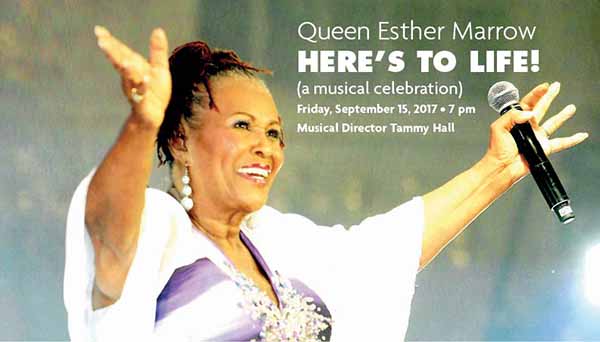 Queen Esther Marrow's amazing and varied career has taken her from the turbulent days of the Civil Rights Movement and touring with Dr. Martin Luther King, Duke Ellington, and Harry Belafonte, to appearances with Bob Dylan, Tom Petty, BB King and many others, and on to television, film, Broadway and recording and finally her current super stardom throughout Europe. Her voice, which caused even the Pope to tap his foot, is timeless. Now with "Here's to Life," a musical celebration, she comes back to the USA with a jazz flavored evening, especially for SCC audiences.