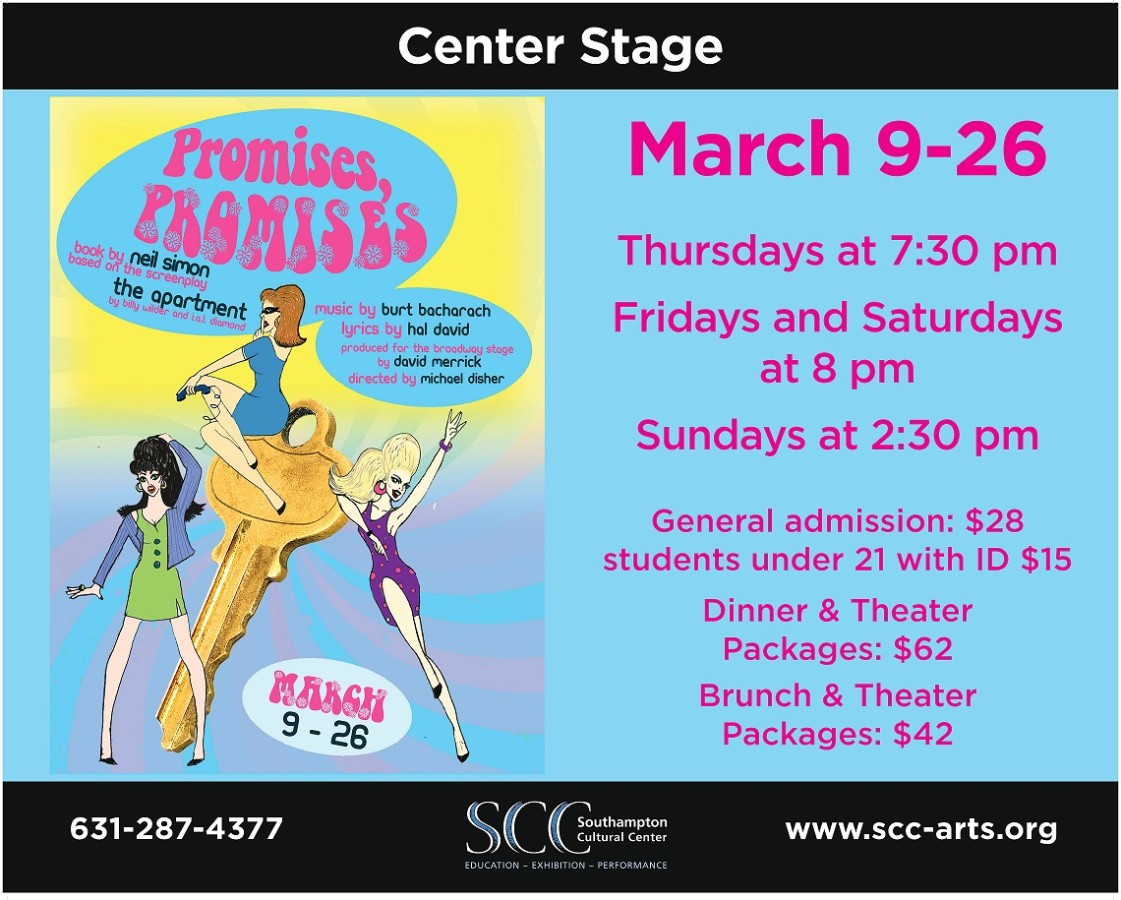 Chuck Baxter lives most of his personal and professional life unnoticed.  But he has one valuable asset - his apartment.  And if shared with the executives in his firm, it could mean promotion.  The infectious score includes "I Say a Little Prayer," "I'll Never Fall in Love Again," and "Promises, Promises."

Dinner/Theatre Package: Available on Thursdays, Fridays, and Saturdays at Plaza Café and Little Red (includes 3-course dinner before the show, tax, gratuity and admission to show).  $62 per person.

Brunch/Theatre Package: on Sundays at Fellingham's (includes brunch and a mimosa, tax, gratuity and admission to show).  $42 per person.

Hamptons.com - Promises, Promises" - A Success As It Delivers As Promised At Southampton Cultural Center