Concerts in the Park presents

Damaged Goods has been around Long Island, figuratively and literally for a long time. They’ve bee playing together for almost 30 years. Over that time they have played a ridiculous amount of dates (over 1,500 is a reasonable guess) in clubs in virtually every town from Manhattan to Montauk. Probably a few more than they care to remember.

Songwriters and guitarists Tom Provencher and Fred Raimondo aka Fred Bredfry both Port Jefferson natives, started as an original acoustic duo in the 80s during the reign of new wave music and big hair bands. They added keyboardist and producer Paul “Broke” Brokaw shortly after and have been playing dates ever since. They continue to write and play their unique blend of original music and of course some signature covers. Over the years they have had the opportunity to share the stage with a number of national acts including Jorma Kaukonen, Taj Mahal, Donovan, Roger McGuin, Marshall Tucker Band (they even did a benefit with Billy Joel) as well as local musical luminaries such as Jack’s Waterfall, Miles To Dayton, Inda Eaton and Rob Bruey. Their sound is mash up of influences from Elvis to The Dead, Don Henly to Paul Simon, Neil Young to John Mayer.

They have recorded two albums Beyond Repair and Roads a collection of simple acoustic songs that is available on iTunes. Their music is a blend musical styles folk, country rock and Americana. They continue to perform together regularly, Tom has a very busy solo career and Fred and Broke are members of The Bredfrys an original electric combo. Check them out, chances are they are playing in some club, in some town, somewhere on Long Island.

Thank You to Our Concerts in the Park Series Sponsors! 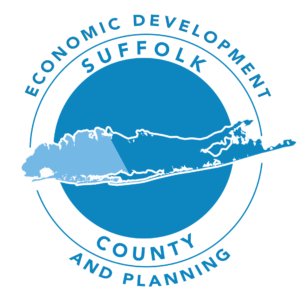 Interested in sponsoring a concert? Your tax-deductible sponsorship will be recognized with a highly visible sponsor banner and acknowledged in all promotional materials. Contact us to find out about sponsorship availabilities and levels.