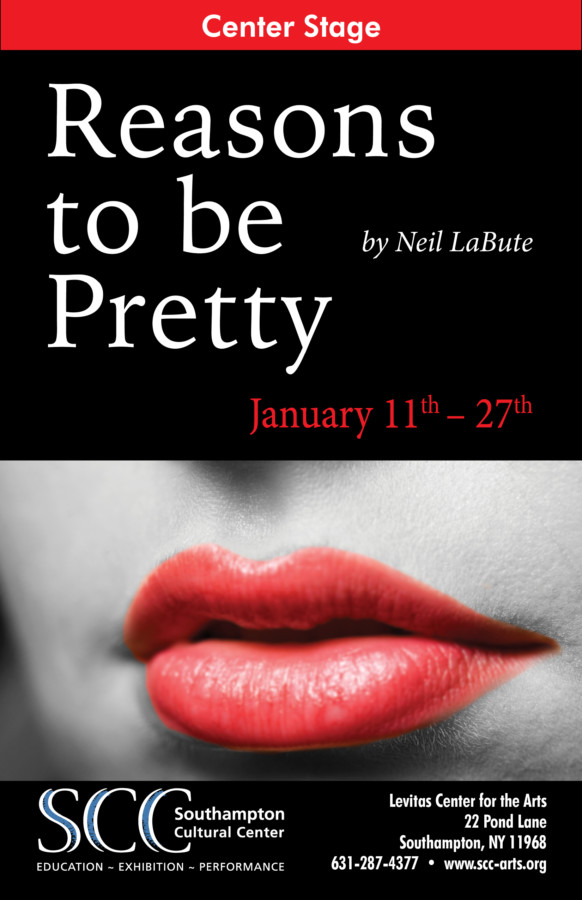 Auditions begin promptly at these times. Late arrivals will be seen at the discretion of the directors. Readings from the script will occur. Sides will be provided.
Joan M. Lyons directs.

When Greg makes a seemingly harmless comment about his girlfriend Steph’s “regular” looking face, the information gets back to Steph and sends their relationship over the deep end. Greg’s life spirals out of control when Steph leaves him, and he has to come to terms with what he has said. Greg’s best friend Kent is married to Steph’s best friend Carly, and when things start collapsing in Steph and Greg’s life, Carly and Kent are pulled in for the ride. We see Greg, Steph, Carly and Kent deal with the pressures of what it means to be ‘pretty’, and observe how the four friends manage the infidelity, betrayal and deceit that creeps into their lives.

Greg – Male, late 20’s to 30’s: works as an overnight stocker in a big-box warehouse, lives with Steph; ordinary, decent, sweet with sense of humor, bookworm, not career driven, has a good sense of justice

Steph – This role has been cast

Kent – Male, late 20’s to 30’s: athletic, attractive, macho and childish with a locker room mentality, a hothead and jealous with a roving eye, works with Greg in the warehouse stockroom, married to Carly, can be a good friend if things don’t get too complicated

Carly - Female, late 20’s to 30’s : pretty, works as a security guard in the warehouse, a job she landed because she was pretty but has no aptitude for it, afraid that her life will always be defined by the way she looks, married to Kent and the stakes go up when she finds out she’s pregnant, sincere, honest and tries to be a good friend

Performances will begin on January 11, 2019 and run through January 27, 2019.
Most rehearsals are scheduled Mondays through Thursdays in the evening with weekend rehearsals just prior to show opening. For further information, contact Joan Lyons at jlyons@ackermanpartners.com